Women play a vital role in agriculture and the rural economy in surmounting the many food security challenges we have today. In the past, women have contributed immensely — physical labour, farming, holding the family together — in villages, towns, cities, and communities at a time when respect, opportunities and recognition was a lot harder to gain than it is now.
Aside from working to take care of their families, women also take care of a bigger family - the world's growing population. If you have had a fruit or vegetable today, there’s a 43% chance it was produced by a female farmer. In Africa, several post-harvest processes are always characterized by women involvements like the making of Garri (cassava flakes), oil palm processing, breaking of groundnut pods.
Here is a cross-section of the impact made by women in agriculture:

Today, there are women in all sectors in the agriculture industry, from classrooms to owners and operators in agribusinesses. However, there are still barriers that hinder their full participation in solving the problems in Agriculture. Here is a handful;

It is important for us to note the critical contributions of women to farming and agriculture in Nigeria and Africa. Today, we feature a few prominent women making progress in Agriculture. 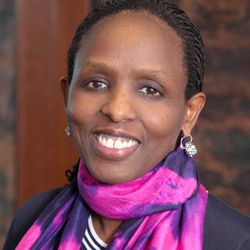 Dr Agnes Kalibata is the president of AGRA, Alliance for a Green Revolution in Africa. She was the former minister of Agriculture and Animal Resources for Rwanda where she was considered one of the most successful agriculture ministers in Sub-Saharan Africa due to her track record as an agricultural scientist, policymaker and for her grassroots transformation.
She was named one of the most influential Africans of 2018.
She sits on various international boards such as the International Fertilizer Development Corporation (IFBS), Bioversity International and Africa Risk Capacity among others.
2.  Sara Mbago-Bhunu 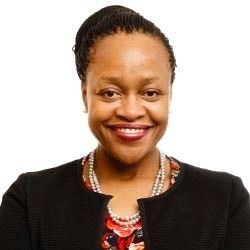 Sara Mbago-Bhunu is the Director of IFAD’s (International Fund for Agricultural Development) East and Southern Africa Division. She holds a Masters in Business Administration from Maastricht School of Management, the Netherlands, and a BSc in Agricultural Economics from the University of Reading, United Kingdom.
Sara Mbago-Bhunu has worked on agriculture policy and sector reviews, value chain development, access to agricultural finance, social enterprise models and the promotion of small and medium-sized enterprises in peri-urban and rural areas.
At Crop2Cash, we are personally invested in celebrating and promoting remarkable women in Agriculture and generally in the world at large. We do this through our #womancrushwednesday series on social media that recognizes and celebrates smart, innovative and successful women in Africa.
Tweet us who you think should be our next #womancrushwednesday. Do you know any inspiring woman who is playing their part in solving the many problems in agriculture? Share their success stories on social media and be sure to tag @Crop2Cash to repost.
Kindly add in the comment below any woman you think is doing awesome and deserves to be profiled.
References